Secrets of Equilibrium
You are here:

The author described a scene in the book which he wanted to use on the cover, featuring the two main characters in a pool surrounded by a stone circle.
Once the concept art was approved, I set up the scene in 3D (Lightwave) to use as a base for the final painting. The image was then digitally painted in Photoshop using a Wacom tablet. 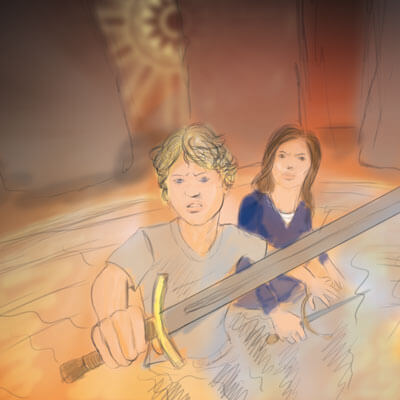